You may be wondering how digital marketing is growing rapidly in every online brand marketing campaign and that’s why firms who try to connect and attract more consumers need to follow this worldwide trend, or else they’re going to be thrown out of the market. For this reason, organizations may suggest creating either platform-specific hybrid apps that operate across different platforms to serve better.

Scroll down to know everything about hybrid mobile apps!!

What are Hybrid Mobile Apps?

Hybrid mobile apps are applications that are just like every other app on a smartphone. What differentiates them is that they have native apps, iOS or Android applications, web-site components that are app-like but not installed on a smartphone, but accessible on the Internet via the framework of a browser.

Hybrid apps are deployed in a moving WebView object container. The app displays web content with the use of web technologies (CSS, JavaScript, HTML, HTML5) while using this object.

It actually shows web pages that are optimized for a WebView display from a Desktop website. Once the app is open, the Web content may be shown or for some parts of the app only, i.e. the shopping funnel.

To access the hardware functionality of a computer (accelerometer, camera, contacts …) on which the native apps are installed, the native elements of the user interfaces of each application (iOS, Android) should be included: native code is used to access the unique features in order to provide an easy user experience. If hybrid apps are called up in WebView, they also have the possibility to use platforms with JavaScript APIs.

How Does Hybrid App Work?

Hybrid mobile apps are web apps, stored in the native shell, HTML5, CSS, and JavaScript. After you download and install any files from the app store locally, the shell can detect the functionality of your smartphone through the browser built into the app.

The mechanism of browsers and plugins running at the back end can not be seen by users. The software works with Android and iOS, and code for PWA (progressive web application) can be reused.

1.Low cost with ease of development

Since hybrid mobile applications are being created in tandem, companies won’t have to spend on developing more product versions for different platforms separately. Hybrid frameworks instead allow developers to build a single version and write and maintain individual codebases for different platforms. This saves a lot of money for small businesses that want to save big and get more profits.

Another hybrid application creation hidden benefit is that businesses that wish to beat others and hit the market will release the MVP first before the rivals do it. This implies that feasible solutions are implemented much more easily and that they have an absolute competitive advantage.

Although a native app has a great user interface, a hybrid app provides most of the native UX and makes the backend structure simple. To create a hybrid UX app with beautiful connexions to device-specific features, you can choose a comprehensive development framework. Even while working on fixes and enhancements across all platforms, this UX remains seamless. Hybrid applications are consumers of a fluid indigenous sensation, and no distinction is made as they move between devices.

Standard web applications do not stay linked to the OS and integrated environment of the computer. They aren’t as intelligent as the apps of today and don’t mimic a lot of polished native apps. The cleverly marrying device’s OS to its intrinsic functionality is spruce and sophisticated as hybrid applications without much overhead. This encourages software developers to think of more innovative ideas to do more with hybrid production and to get the target audience to pay close attention.

In terms of speed and performance, native Apps have set powerful standards to date. However, there is no question of pace when it comes to hybrid production either. In reality, hybrid apps are much quicker than web apps or reactive websites when compared with other mobile development options.

Since the network communication doesn’t have to rely too much on a hybrid app, even in a large number of users, the system screen can run quickly.

Hybrid applications typically have no limit to how many hybrid platforms they can extend and support if they’re popular. It depends on the framework used to create apps for its success across various platforms. Expert hybrid app developers will create great immersive hybrid apps across leading mobile platforms. If the platform is commonly accepted, planned support for the latest operating system and its future improvements would not be troublesome.

6.Hassle-Free Integration With Other Apps

Because native applications run on the same OS alone, users find it difficult to integrate and work with other software. There’s going to be a shortage of contact. Hybrid smartphone applications, however, are free of these problems. Hybrid apps are capable of being combined in a seamless manner with other apps, which gives hybrid developers with little integration effort. Also, as hybrid mobile apps easily link with the system environment of the computer, similar to native application operations, users would not experience the least friction when using a hybrid type of application.

7.Qualified for the Online Marketplace

Google Play and Apple Store follow specific application requirements for the type of app available. As there are a massive amount of global users (almost 17 billion downloads), the App Developers must value these two dominants in the app industry. Google and Apple are thorough in the choice of applications and welcome native and hybrid applications. If you submit your applications in these stores, you will most likely obtain a large number of downloads. Of course, there would be no chance of a professional mobile app developer not taking these massive stores into account. That is why hybrid applications that are eligible to be available on the online marketplace are strongly recommended.

You know why this hybrid mobile app is the most popular because it makes your journey convenient and simple. When we speak about navigation, it’s really simple and its user interface is one of the key reasons that make this app popular. For Uber it can load faster, the platform is not a problem.

Next with an example of a hybrid mobile app that is common in short videos. Even in offline mode, this user can access the media. Instagram embraces both offline data and rich media with its hybrid mobile approach.

You know that this software has been built tremendously when it comes to efficiency. It offers you a faultless and intuitive usability experience.

Twitter is one of the best known hybrid smartphone applications. It is difficult to accept, but Twitter uses traffic to attract target audiences by using hybrid apps.

With the burgeoning competition on the digital market each day, the mechanism that provides greater speed and lower costs in the production of mobile apps should be used. Hybrid mobile applications not only address the issue by targeting individual platform applications but also help to locate the quickest position in the online app store.

Hybrid apps also have a built-in backend and some native apps feature, combining the best. Thus businesses that want to stay unrivaled can choose the production of hybrid mobile apps and exponentially increase.

WordPress Plugins That Will Help in Speeding Up Your Website 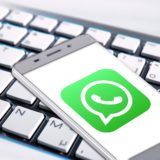 How to Find Out Who Sees My WhatsApp Profile and Status 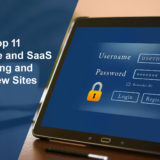 Top 8 Instagram Feed Examples On The WebsiteInstagram
Social Media Marketing Tips And Tricks For BusinessTechnology
WordPress Plugins That Will Help in Speeding Up Your WebsiteTechnology
Why You Should Hire a Car Accident LawyerBusiness
Everything You’ve Ever Wanted to Know About Resizing Video for InstagramTechnology
How to Host an Enthralling Virtual ExhibitionTechnology
Best Virtual Candidate Hiring Strategy for TeamsBusiness
10 Best Rated Google Review Widget for Website in 2022Technology
2021-Text Take All Rights Reserved.