Our smartphones serve as the central center of our online lives, doing everything from email to banking. It’s no surprise that smartphones are becoming more common as online hacker targets than computers. Despite Google and Apple’s attempts, smartphone malware tends to find its way into official app stores – and these malicious applications are becoming more cunning. Are you unsure if your phone has been hacked? If your phone is showing one or more of the odd behaviors listed below, it’s likely that it has been hacked. Let’s dive in to know the possible signs if your mobile is  hacked  as well as the solution to it!

If your phone battery loses power fast, regardless of the amount it is being charged, it could indicate you have hacked your iPhone or Android,” said Tim Lynch, PhD Chairman of Psychsoftpc.com. “Because the phone spyware is always on, a lot of power is consumed and your battery is drained,” he explained. “If your battery regularly drains, it means you were probably hacked.” This is one sign you need a new phone if it does not occur and you were not compromised.

Do you often find your phone freezing or crashing some applications? This could be due to malware that overloads or clashes with other applications in your phone and is a sign of a hack. Despite efforts to close them, you can also experience continued operation of applications or even crash and / or restart the phone repeatedly.

Just as battery life, a slower phone can have many factors – its use on a daily basis, so try to clean your Android or iPhone in depth first.

Use an app like Data Usage to track how much data is sent from your device (available for Android and iOS). Allan N. Buxton, the lead forensic investigator at Secure Forensics advises that “watch for abnormalities and unusually long loading times.” “The majority of users keep their monthly activities relatively consistent. A significant increase in uploaded data without any real world explanation could be an indication that your mobile is hacked.”

While not all pop-ups indicate that your phone has been hacked, frequent pop-up alerts may indicate that your phone has been infected with adware, a type of malware that forces devices to view specific pages that generate revenue through clicks. Even if a pop-up isn’t the result of a compromised phone, many of them are links designed to trick users into entering sensitive information – or downloading more malware.

If a hacker gains access to your phone, they gain access to all of its accounts, including social media, email, and various lifestyle or productivity apps. This could manifest itself in account activity such as resetting a password, sending emails, marking unread emails that you don’t recall reading, or signing up for new accounts whose verification emails arrive in your inbox.

In this case, you may be vulnerable to identity fraud, which occurs when criminals open new accounts or lines of credit in your name using information stolen from your compromised accounts. Before performing a security sweep on your phone, it’s a good idea to change your passwords – without updating them on your phone.

6. Call and Messages You are Unaware Off

If you see lists or text to numbers you don’t know – these may be premium numbers that make your phone contact by malware, the proceeds from which the cyber criminals wallet land. In this case, check for any costs you do not recognise on your telephone bill.

Solution if Your Phone is Hacked!

The  best way is to download a mobile security app if you have any of these symptoms of a hacked smartphone. We would suggest you get Android Bitdefender or McAfee because of their robust feature sets and high standards from independent malware analysis laboratories.

And while iPhones may be less susceptible to hacking, they are not entirely immune. Look for flags on potentially dangerous Wi-Fi networks which act maliciously and if your iPhone has broken up (which increases its risk for hacking). It’s free with $2.99/month to protect your identity, including login notifications.

Also Read: Can I See How Many Times Someone Viewed My WhatsApp Profile?

WordPress Plugins That Will Help in Speeding Up Your Website

How to Host an Enthralling Virtual Exhibition 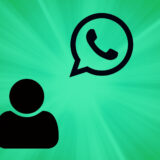 Can I See How Many Times Someone Viewed My WhatsApp Profile?

WordPress Plugins That Will Help in Speeding Up Your WebsiteTechnology
Why You Should Hire a Car Accident LawyerBusiness
Everything You’ve Ever Wanted to Know About Resizing Video for InstagramTechnology
How to Host an Enthralling Virtual ExhibitionTechnology
Best Virtual Candidate Hiring Strategy for TeamsBusiness
10 Best Rated Google Review Widget for Website in 2022Technology
Should I Hire a Workers Compensation Attorney?Business
Top 7 Strategies to Fight Weight Loss PlateauHealth
2021-Text Take All Rights Reserved.