Aware as to why Python is considered to be the best language for Data Science, Machine Learning (ML), and Artificial Intelligence (AI)?

That’s because, all three i.e. Data Science, ML and AI happen to be the new backbone of the Information Technology sector. They form an inseparable part of IT in the present times.

So, a useful piece of information to know, especially for the software developers out there, who are looking to opt for a programming language for their Data Science/ML and AI endeavors. After understanding the utility of Python, they can opt for a Python Classes in Pune or in their city, to learn the basics and advanced concepts of the language.

Reasons behind Python being the best programming language for Data Science, AI and ML

Going by the trend search results on indeed.com, Python turns out to be the most widely used programming language for newer and futuristic technologies such as AI, ML and Data Science. This indicates that there have to be certain reasons behind this. Python got to have strong sides that fall in its favor. That’s exactly what we are going to check out over here.

Some salient characteristics of this multi-paradigm programming language include procedural, object-oriented, dynamic, interpreted, and scripting friendly. Python brings along a large and comprehensively built-in library known as the standard library. Its flexible nature, power and in-built functionality prove to be the primary reasons behind learning and using it.

Likewise, the programming language serves to be a multi-purpose one, and comes in handy in building web based applications, data science, network and system administration, execution of utility scripts on a local machine etc.

Python brings to the table a code that is concise and easily readable. On one hand, versatile workflows and complicated algorithms form a part of AI and Machine Learning, Python brings along the much-needed simplicity which the developers can use to create reliable systems. Such a combination enables the developers to put in all their energy in resolving the ML specific challenges and problems, rather than focusing on the technical aspects of the language.

Going further, Python is the favorite of the majority of the developers since it is simple to learn. The code written using Python can be understood by humans. That makes it an optimum language to develop various Machine Learning models.

A number of programmers are of the opinion that Python is more intuitive as compared to the rest of the available programming languages. They also take our attention to the fact that the numerous libraries, extensions and frameworks associated with this language make it easier in deployment of various functionalities. Python is also considered to be suitable for collaborative execution in case a multiple number of developers are involved. Last but not the least, as Python is a general-purpose language, it is capable of carrying out machine learning tasks that are complex in nature. In addition, the language permits developing prototypes quickly, thus making it feasible to test your product from the machine learning perspective.

For all those who are looking forward to mastering the Python programming language, a good way to begin is by searching for the top Python Classes In Pune, or India for that matter, and join a suitable one. Undergoing a course would lay a strong foundation for the aspirants. So, do think about it seriously.

3. The language is blessed with flexibility

There is no doubt that Python has transformed into a formidable language in the arenas of AI, ML and Data Science.  Any guesses as to why so? Well, the major reasons behind this is the flexible nature of the language, and the fact that it is blessed with a community. Along with this, production of a number of high-quality and extremely powerful modules and packages has also been a contributing factor.

The packages are such that they hold the capability of performing tasks like statistical analysis, machine learning, exploratory data analysis (EDA), predictive analytics, recommender systems, artificial intelligence (deep learning and neural networks), and the list does not end over here.

As far as the utility of Python in case of data science is concerned, it was initially criticized for the shortage of packages and functionality in comparison to R. However, things have changed with time, and the gap is continuing to reduce with each passing day.

Python is not just simple to learn and comfortable to use, but also extremely versatile in nature. This implies, as far as machine learning development is concerned, Python can run on multiple platforms that includes Linux, Windows, Unix, macOS and guess what? 21 others! Yes! In order to transfer the process from one platform to the other, developers are required to deploy a number of small-scale changes and also alter a few lines of code to develop a form of code which is executable for the platform under consideration. Programmers can make use of packages such as Installer for making their code adaptable to run on various platforms.

Going further, this helps in saving both money and time for testing on different platforms, and transforms the entire process making it convenient and easy.

A suggestion for all those Python programming enthusiasts; the best python classes in Pune or elsewhere is what one needs to look for, in order to gain hands on knowledge of programming using this language. In fact, nothing like undergoing an Artificial Intelligence Course in Pune, or in your city.  It would definitely provide you with an edge over your peers.

Meanwhile, continuing with the reasons….

5. A wide collection of libraries on offer

Libraries are basically a collection of pre-written codes and functions. When an extensive set of libraries is on offer, there is no need to rewrite multiple lines of code while executing complex tasks like finding solution to a tricky algorithm problem and so on.

The main reason behind Python being the numerous  no choice for AI and ML based projects is a powerful library ecosystem which it carries along. It is the Python libraries which provides the coders with a wide collection of basic items that are necessary for ML and AI development. This frees them from coding every bit from scratch.

Below are a few widely used basic Python libraries in ML and AI:

Pandas – used for data analysis that is general purpose

Natural Language Toolkit (NLTK) – if one wants to deal with and handle natural language recognition, processing and computational linguistics.

Matplotlib – used in case of data visualization (e.g. creating charts, histograms, 2D plots and rest of the forms of visualization)

In the above point, we have seen that Python is a language that brings to the table a whole variety of libraries. We would like to further add that a few of these are good visualization tools as well. But for the sake of AI developers, it is vital to underline the fact that in AI, deep learning and ML, it becomes important to be able to put forth data in a format that is human-readable. In

7. A supportive and widespread community that is popular

It is not a hidden fact that Python AI enjoys a community that has grown all across the globe. There exist Python forums, and there is an active give and take of experience specific to machine learning solutions on a regular basis. For any challenge or difficulty that one has faced, there is a high probability that some other individual has gone through and tackled the same problem. That’s the reason one can come across advice and guidance from the developers world over easily. No one is alone and be sure to find the optimum solution to your particular needs, in the event that one is a part of the Python community.

Python being an open-source language means that there are multiple resources which are open for developers, be it beginners or pros. After all, it’s up to an individual as to how to make use of this.

With time, Python has turned out to be the default language for Artificial Intelligence and Machine learning, and Data Science is interrelated with AI. That’s why, it does not come as a surprise that this language which is versatile, is the most popularly used programming language in the data scientist community.

Encouraged to learn Python after knowing all this? Well, in that case, a good Python Training Institute In Pune or the one in your native place is where you need to be.

How Much is Required a Custom Writing Help for Modern Students

What are the Careers Available After Master’s in Journalism?

What are the Careers Available After Master’s in Journalism? 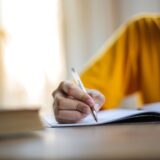 How Much is Required a Custom Writing Help for Modern Students

The Best Instagram Growth Tips for BrandsInstagram
How to Make Your Website Load FasterDigital Marketing
Top 8 Instagram Feed Examples On The WebsiteInstagram
Social Media Marketing Tips And Tricks For BusinessTechnology
WordPress Plugins That Will Help in Speeding Up Your WebsiteTechnology
Why You Should Hire a Car Accident LawyerBusiness
Everything You’ve Ever Wanted to Know About Resizing Video for InstagramTechnology
How to Host an Enthralling Virtual ExhibitionTechnology
2021-Text Take All Rights Reserved.