Strategic initiatives can fail due to a whole host of reasons. The list below contains a list of most common reasons. Typically, however, ‘the reason’ will be a mix of reasons rather than just one. These risks should be identified and monitored by the implementation unit. By asking intelligent and well-timed questions, these unit will be able to surface these risks, which means they can be dealt with.

Weak analysis and too narrow or subjective opinion

If the recommendation is based on weak analysis or subjective opinion, it may contain factual errors which impede implementation. Often the recommendation with a wide impact is based exclusively on the views of the top and middle managers. Opinions of external stakeholders (such as customers and suppliers) and those lower down the hierarchy are not sought or validated. Implementation fails due to the fact that the stakeholder buy in is not obtained, and this provides easy ammunition for those who resist change.

Focusing on wants, not needs

Another classic fault is that solutions focus on unit’s wants, not their needs. A typical scenario could be the commissioning of a strategy assignment, where they  want a new corporate strategy. However, the underlying need could relate to the fact that the team is fiercely territorial, divided and unable to gain consensus. The recommendation of an elegant and logical strategy may well stumble as the underlying need to train and unite the team has not been addressed. Indeed, Strategic business analysts can become part of the problem rather than part of the solution.

A good question to ask is what led to the need for a Strategic business analyst in the first place, as the reasons given in answer may contain the rocks on which the implementation will fail. The ‘five whys’ is a good technique to understand real needs.  Ask ‘Why?’ to each response/answer five times to get five levels down into the detail.

No detailed plan or consideration of consequences

And the rocks that can make implementation fail are 90 per cent of how things are done and 10 per cent of what is done. The classic situation is that the time taken to define what needs to be done eats up the patience for action and so once the clarity is achieved, the implementation begins. However, because no clear plan has been developed and agreed, and because the consequences of the implementation have not been understood, implementation soon fails. Therefore the action planning (and all that entails) slips between the two stools of recommendation and implementation, which results in the former being a waste of time, the latter being a disaster and all those involved feeling disappointed and frustrated.

Recommendation is important, both in the way it is done and what it includes. However, be wary. Planning and analysis, if taken to excess, can lead to paralysis! So, it is balance of these factors that is needed within the recommendation if the risks of implementation are to be reduced.

Unclear/unconvincing reason for the change –why? Another common mistake is to build a case for change that is convincing for those who build it, but not for the wider target audience. When stakeholders ask why they need to implement a recommendation, do not expect them to be overly motivated by a vague ‘To increase shareholder value’ as the reason.

The best-formulated plans usually think through, in detail, the consequences of not implementing the advice. In other words, both the ‘gain’ of the implementation and the ‘pain’ of the non-implementation are clearly articulated in a way that appeals to the emotions of those involved in the implementation. It is no coincidence that the successful implementation of changes, which have resulted in quantum improvements, have usually been preceded by some sort of a crisis.

So, check that a clear, compelling case for change has been made before implementation begins, one which appeals to the instincts of those to be involved, and that includes both the ‘gain’ of the recommendation and the ‘pain’ of non-implementation.

Politics and power consequences have been misunderstood

Corporate politics can kill a very desirable change. This is best handled during the Recommendation phase, rather than it being left to the Implementation phase. A starting point is to understand which stakeholders will be seen as ‘winners’ and which stakeholders will be seen as ‘losers’. Resistance to the implementation of a change often comes from stakeholders who think they have something to lose if the advice is implemented. Unless such stakeholders are identified, and a specific plan made to ensure that their perceived loss is managed in a positive way, then the risk of failure increases. Within the Recommendation stage, if the human consequences of what the solutions bring are not taken into full account, then implementation will be even harder. Do not mistake this issue for appeasement – it is not about being ‘nice’, it is about being effective.

Psychological aspects of the change have been ignored

Implementation invariably means change. If change is imposed, the reaction typically moves from one of shock, to denial, anger, depression and then realization and acceptance. The secret is to allow this to happen, rather than to deny it. Many implementation problems arise as those seeking to impose change react clumsily to what they think is an unnatural reaction (such as denial and anger).

Another aspect of the same issue is the typical experience of those implementing the solution. Many go from a feeling of ‘uninformed optimism’ to one of ‘informed pessimism’, especially when the implementation gets tough. They then reach the ‘check-out zone’ where they typically ‘cop-out’ by either absenting themselves physically or by going through the motions. Implementation falters and then fails as a result. The visible support from top management for those who are charged with the implementation is a simple remedy to this, but sadly it is often lacking.

Implementing new solution invariably means changing something, either by replacing it or by supplementing it. All too often this calls for new skills and resources as well as implementation knowhow. Often, because the focus is on ‘getting it done’, this is ignored.

A typical issue, which does not get sufficient attention, is the training in the new skills that are needed. Many implementation processes depend on project teams. These are often cobbled together and then told to get on with it in an ‘empowering’ way, but the empowerment falls short of giving stakeholders the right training, such as in project management. There are few stakeholders who have been in a project team who understand what a critical path is. Another area of training not typically seen is team dynamics. Implementation often depends on the successful functioning of teams, yet many receive little or no training. Again, implementation falters as the team dynamics get in the way of the implementation.

Another aspect is the communication and measurement processes needed to control implementation. Implementation projects are launched, but often there is no measurement, both of how the implementation is going and what is being achieved. Objectives are not ‘SMART’– which stands for specific, measurable, achievable, results-oriented, time deadlined – and the trade-offs between time, cost and quality are not managed. Thus, resources are incorrectly allocated, the implementation has a negative effect on the day-to-day running of the business, and progress stalls and then quietly flops.

The flip side of inadequate planning is exhaustive planning, planning that is so detailed any flexibility is ruled out from the start. This can lead to implementation failure. Any recommendation phase is predicated on assumption. However, making an exhaustive plan and then sticking to it no matter what assumes a static world. This is not a sensible way to go about implementation. Many assumptions on which the implementation plan is based will, sooner or later, change. Given the pace of change in the last part of the twenty-first century, it is likely that assumptions will change quickly. The world is not as static as it was.

Thus, a successful implementation strategy has to be adaptable or else inflexibility will lead to failure. Although the ‘what’ can be fixed, there has to be flexibility in the ‘how’. One way to ensure this is to do some contingency or scenario planning when planning implementation. Such an exercise will ‘plan in’ flexibility, as well as exercise those responsible for implementation in thinking flexibly. The latter is probably more important than the former as many a scenario has yet to conform fully to reality!

In order for implementation to ‘stick’, those involved need to believe in it. This belief has, necessarily, to be emotional, based on a rational, logical framework of understanding. In other words, it is not enough simply to get intellectual agreement during implementation. For it to stick, Strategic business analyst need to get emotional belief. Without that, it is hard for stakeholders to commit. Those who agree but do not believe will often comply, but, as time goes on, compliance may not necessarily lead to commitment, and so the implementation comes unstuck. And in units with an overbearing ‘hire and fire’ type of culture, the compliance may even be based on fear rather than agreement. As the implementation unfolds, not many measure this aspect of commitment and so the changes do not stick and the desired results are not achieved.

For implementation to succeed, Strategic business analyst need to appeal to both the intellect, to get rationally based agreement, and the emotions, to get deeply held commitment. The sounder and more logical is the Recommendation of the ‘what’, the better the chances of intellectual agreement. The sounder and more thorough is work done on the ‘why’ and the ‘how’, the better the chances of gaining belief. One without the other can lead to dangerous situations.

Change does not fit with culture and character

Every unit has its own unique culture and there are many ways of defining and mapping culture and individual character. Characters within a unit will shape its culture. When implementation of a recommendation is undertaken, failure often occurs because the cultural aspects of a company are not taken into account.

For example, implementing a highly systematic process in a, to date, decentralized and entrepreneurial sales team is unlikely to succeed, unless part of the process allows experimentation. Strategic business analyst need to implement in a way that is sympathetic to the current culture, rather than one that condemns it.

Another example would be of a managing director who is very empowering and new to the unit. He would be likely to be frustrated when he tried to introduce changes involving stakeholders taking more responsibility in an unit that hitherto has been top-down and very centralized. In such an unit, stakeholders would not be ready to take responsibility too quickly and, thus, the changes would need to be gradual to take into account the cultural dimensions.

Should I Hire a Workers Compensation Attorney?

How to Leverage Live Streaming Commerce For Influencer Marketing? 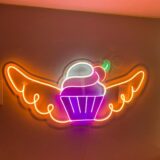 Everything You’ve Ever Wanted to Know About Resizing Video for InstagramTechnology
How to Host an Enthralling Virtual ExhibitionTechnology
Best Virtual Candidate Hiring Strategy for TeamsBusiness
10 Best Rated Google Review Widget for Website in 2022Technology
Should I Hire a Workers Compensation Attorney?Business
Top 7 Strategies to Fight Weight Loss PlateauHealth
LED Neon Sign For Special Events- A lively Party Will Make You SmileBusiness
How Much is Required a Custom Writing Help for Modern StudentsEducation
2021-Text Take All Rights Reserved.